Cons wouldn't be cons without those cult fan favorites! Artists, authors, actors & actresses, we kneel before thee expressing our humble gratitude and extend our warmest invitation to join the growing Ultracon revolution. All for one and one for all! Take a quick sneek peek below to see who's who in the Ultracon realm. 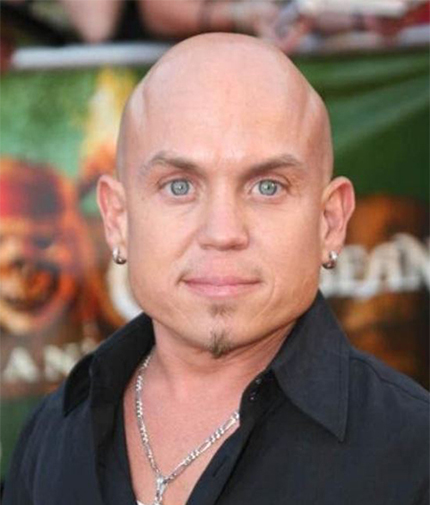 PIRATES OF THE CARIBBEAN

Pirates of the Caribbean

Marty Klebba has acted in various productions, most notably the Pirates of the Caribbean series, as Marty, one of Captain Jack Sparrow's Black Pearl crew, in films one through three, and five. In 2003, he played the ring announcer in the Cradle 2 the Grave. In 2009, Klebba played the role of "Count Le Petite" in All's Faire in Love, a romantic comedy set at a Renaissance fair. He has also been in low budget horror/comedy films Feast II: Sloppy Seconds & Feast III: The Happy Finish as "Thunder."

He has numerous stunt credits as well including Hancock, Zombieland, Bedtime Stories, Evan Almighty, Meet the Spartans, Epic Movie, and Van Helsing. Wearing motion capture pajamas, "Marty" stood in for the Dimorphodon who grapples with Chris Pratt in Jurassic World.

Guests subject to cancellation or schedule change, due to professional commitments.

Appearance day(s) will be posted on the website as soon as we know.

All events have limited seating capacities and are offered on a first come, first served basis.